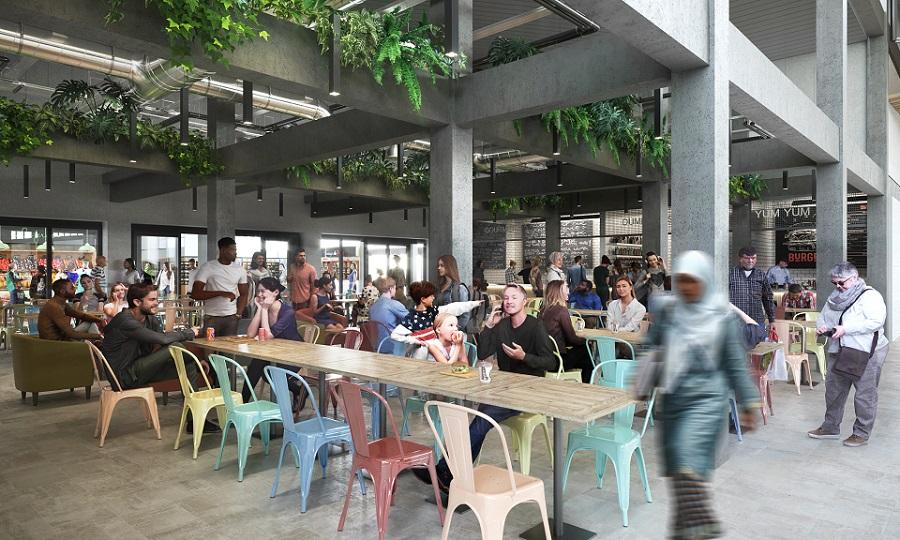 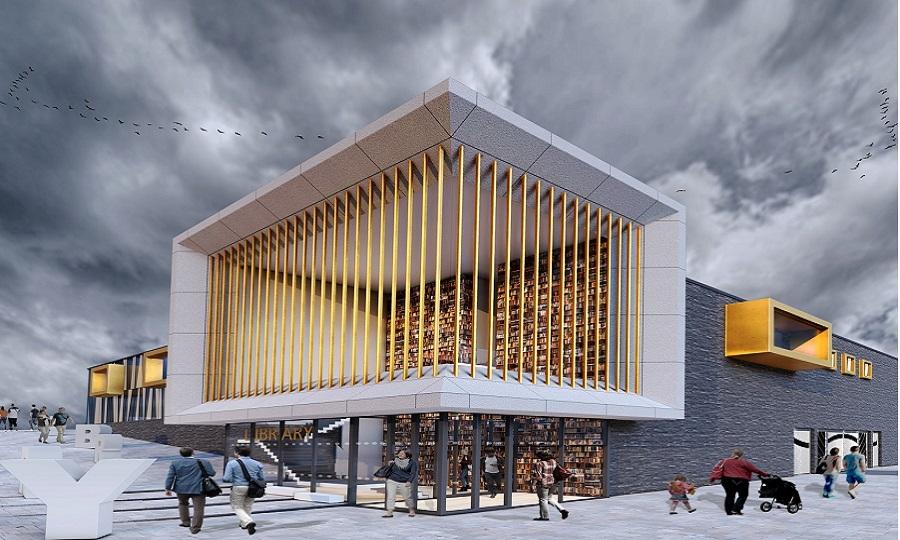 The redevelopment of the markets and the addition of the new library are key projects in the Town Centre Masterplan.

Major improvement plans are currently underway at the markets which will include; a modern and accessible central library, a new community hub, extensive public realm and improved links to the town centre and college.

The renovations will build upon the existing mix of shops and services with the addition of a new food hub and dining area on the first floor. This will provide a key link from the indoor market to the outdoor market, potentially allowing opening hours to extend into the evening.

The outdoor market will become a flexible space which can be used for exhibitions and events when required. The markets will be connected to the town centre by a new terraced public area, opening up the frontage to Eastwood Lane and Drummond Street.

The library will become a new cultural, leisure and learning destination and will include:

The fully accessible library building which will occupy the corner between Henry Street and Drummond Street, will include areas to network or relax in comfort. There will also be a high-quality children’s area with fun spaces for reading and storytelling, and a dedicated IT area and business development facility. The second floor will contain meeting facilities and a Maker Space for learning and exploring using the latest technology.

For further details or if you have any queries about the Markets and Library redevelopment, please email marketsregen@rotherham.gov.uk

Rotherham has a long history and association with markets since the 13th Century. As a result, the market has played an important role in the development of the town and helped forge its current identity and character.

In June 1801 an Act of Parliament enabled the town to enlarge the marketplace and improve and erect proper slaughterhouses. The Old Shambles marketplace was swept away and replaced with a new single storey stone Shambles. It consisted of 28 shops around the exterior and 20 stalls around the interior courtyard, for Butchers and Fishmongers.

In 1905 the Shambles was demolished to widen the High Street. The Imperial Buildings now stand on the site of the Shambles.  In 1879 the council purchased the land around the marketplace on Corporation Street and erected an iron and glass market hall. This market hall served the town until it was destroyed by fire in January 1888.

In 1889 a new brick market hall opened on the same site. Rotherham also held a cattle market at the Crofts and by 1851 was selling around 3,000 sheep and 200 cattle each week. A new cattle market was opened on Corporation Street in 1926, when the Crofts site was chosen for the development of a new courthouse.

The Centenary Market in its current location opened in 1971.